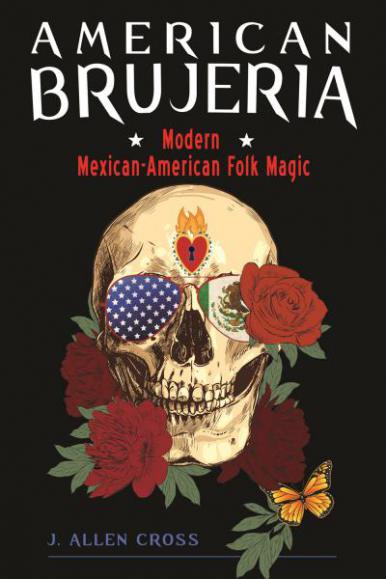 "American Brujeria is about the fascinating blend of American and Mexican folk magic currently used by those living in the US but whose roots are steeped in Mexican culture. This type of Mexican-American folk magic, which the author calls ?American brujeria,? features its own unique saints and spirits as well as familiar ones, such as the infamous Santa Muerte.

American Brujeria includes stories from Mexico (folk saints, the story of Guadalupe), the influence of Catholicism, the art of limpias (traditional folk healing methods), spell casting, oil crafting, praying the rosary (in English and Spanish), making an altar to Guadalupe, using novena candle magic, making protective charms from saints' medals, and more. There's even a whole section on creative uses for Vicks VapoRub, a staple in Mexican-American folk healing. American brujeria is extremely close to conjure traditions of the American South and in fact shares a lot of crossover, demonstrating how these traditions have influenced one another."